Antipropaganda: Pseudoscience in the Times of Crisis: How and Why Chlorine Dioxide Consumption Became Popular in Latin America During the COVID-19 Pandemic 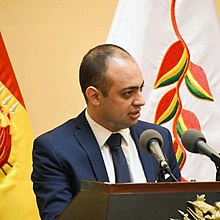 I was going to respond to your entire article, but the whole thing was so flawed that I decided to focus on three statements that you made at the beginning of your review. You stated, "At high concentrations and non-physiological pH, chlorine dioxide effectively inhibits microbial and viral activity (Hauchman et al., 1986; Zoffoli et al., 2005). Exposure to high doses of chlorine dioxide has been shown to cause thyroid suppression, DNA damage and neurotoxicity in several animal models (Bercz et al., 1982; Abdel-Rahman et al., 1984; Orme et al., 1985; Harrington et al., 1986; Toth et al., 1990). It is therefore understood that chlorine dioxide is not safe for human consumption."

In that short paragraph, you made three statements that provide half of the truth and withhold vital information pertinent to the subject. I can only assume that a scientist of your caliber could not have missed this critical information accidentally. Instead, you have omitted it intentionally to deceive your reader. By omitting crucial information that completely falsifies your conclusion, you have lied to your reader, and you intended to make them believe that "chlorine dioxide is not safe for human consumption."

Let's take a look at the three statements in light of all of the scientific literature that you failed to mention.

Chlorine dioxide is an effective virucide and bactericide at low concentrations and biologically compatible pH. From Drinking Water and Health, Vol. 2 states, "The bactericidal activity of chlorine dioxide was not affected by pH values from 6.0 to 10.0. Ridenour and Armbruster (1949) extended their observation to other enteric bacteria. The common waterborne pathogens were similarly inactivated with chlorine dioxide." (p 56). The book also states, "Greater than 99% inactivation of E. coli was observed in 15 s with 0.25 mg/liter (0.25 ppm) chlorine dioxide." (p 57) Drinking Water and Health, Vol 2, pg. 56-57. https://www.ncbi.nlm.nih.gov/books/NBK234592/pdf/Bookshelf_NBK234592.pdf

"The absence of physiological complications in response to acute single dose administration of chlorine dioxide and its byproducts to normal healthy adult males was demonstrated over a wide range of concentrations." Lubbers, J. R., and Bianchine, J. R. The effects of the acute rising dose administration of chlorine dioxide, chlorate and chlorite to normal healthy adult male volunteers. J. Environ. Pathol. Toxicol. 5 (2, 3): 865-878 (1982). <br/>In a three-phase trial, subjects were given daily doses of 500 ml of chlorine dioxide 5mg/l (5 ppm). Results: "The three phases of this controlled double-blind clinical evaluation of chlorine dioxide and its potential metabolites in human male volunteer subjects were completed uneventfully. There were no obvious undesirable clinical sequellae noted by any of the participating subjects or by the observing medical team." Lubbers J, Chauan S, Bianchine J (1982) Controlled clinical evaluations of chlorine dioxide, chlorite and chlorate in man. Environmental health perspectives, 46:57–62.

"An epidemiologic study of 198 persons exposed for 3 months to drinking water disinfected with chlorine dioxide was conducted in a rural village. A control population of 118 nonexposed persons was also studied. Pre-exposure hematologic and serum chemical parameters were compared with test results after 115 days of exposure. Chlorite ion levels in the water averaged approximately 5 ppm during the study period. Statistical analysis (ANOVA) of the data failed to identify any significant exposure¬ related effects." G E Michael et al. Arch Environ Health. Jan-Feb 1981. In the same study, it was mentioned, "Long-term studies in rats consuming water containing 100 mg/L had no apparent effects."

In the Environmental Protection Agency registration eligibility decision on chlorine dioxide, it is listed under dietary that the lowest observed adverse-effect level (LOAEL) is 6 mg/kg/day. A chronic use endpoint and the no observed adverse effect level (NOAEL) would be 3 mg/kg/day. "The chronic dietary endpoint is 3 mg/kg/day, based on decreases in absolute brain and liver weight, and lowered auditory startle amplitude at LOAEL of 6 mg/kg/day in a two-generation reproduction toxicity study and is supported by a developmental toxicity study in rats. (EPA 738-R-06-007, p 8) https://www3.epa.gov/pesticides/chem_search/reg_actions/reregistration/red_PC-020503_3-Aug-06.pdf

Subchronic toxicities of ClO2, NaClO2, NaClO3, and NH2Cl were studied in the African Green monkeys (Cercopithecus aethiops). "The chemicals were administered in drinking water during 30-60 days subchronic rising dose protocols. The only unexpected and significant toxic effect was elicited by ClO2; this chemical inhibited thyroid metabolism in the animals at a dose of ca. 9.0 mg/kg/day. A statistically significant decrease of serum thyroxine occurred after the fourth week of exposure to 100 mg/l.concentration." Bercz J.P., Jones L., Garner L., Murray D., Ludwig D.A., Boston J. Subchronic toxicity of chlorine dioxide and related compounds in drinking water in the nonhuman primate. Environ. Health Perspect. 1982;46:47–55. https://www.ncbi.nlm.nih.gov/pmc/articles/PMC1569048/pdf/envhper00463-0050.pdf

For the readers that may not understand what 3 mg/kg/day is in practical terms, I will explain with an example. If we have a 70 kg individual, we would determine the total daily safe dose by multiplying weight, 70 (kg) x 3 (mg), which is 210 mg/day. This person's daily safe cumulative dosage would be 210 mg/day. If this 70 kg person was taking chlorine dioxide to eliminate, for instance, a urinary tract infection, they would use a general dosing protocol (protocol C) that would consist of taking 1.5 liters of 60 ppm (60 mg/liter) divided into ten equal doses throughout the day. So the person would be consuming a daily total of 90 mg each day, and it would take approximately 1-3 days to eliminate the infection. This person would be consuming less than half of the amount that is needed to reach the (NOAEL) no observed adverse effect level, and the (LOAEL) lowest observed adverse effect level would be 6 mg/kg/day or 70 (kg) x 6 (mg)= 420 mg/day. The 90 mg daily dose is over four times lower than the lowest observed effect level.

I can only describe the paper you have written as entirely dishonest and misleading, and it is a shame that a person of your caliber should fail to examine the evidence and report the truth of what chlorine dioxide is and does. I would encourage your readers to take some time to investigate for themselves as I did. I have chronicled my journey of discovery concerning chlorine dioxide in a documentary titled "The Universal Antidote: The Science and Story of Chlorine Dioxide," which can be viewed for free at the following link, https://theuniversalantidote.com