$7 History of the pharmaceutical industry: from hidden gems to technological drifts

The modern pharmaceutical industry began with local apothecaries that expanded from their traditional role distributing botanical drugs such as morphine and quinine, to wholesale manufacture in the mid-1800s. Drug discovery from plants began with that of morphine, between 1803 and 1805. This compound is an analgesic and sleep-inducing agent. The German apothecary assistant who named this compound after the Greek god of dreams, Morpheus, extracted it from opium.

The expansion of the pharmaceutical industry is a consequence of the development of the chemical industry. As early as 1828, Friedrich Wöhler synthesized urea with ammonium cyanate. Urea, a molecule present in the body, in this case in the urine, can be produced in the laboratory. A chemist can imitate nature and soon new chemicals get created.

Another breakthrough was the discovery of benzene and especially the understanding of its structure by Kékulé in 1865. Being a highly unsaturated cyclic molecule, it is highly reactive against a wide range of substances. At that time, the German chemical industry was eagerly looking for synthetic dyes. From the aromatic ring of benzene many tinctures could be readily synthesized, starting from aniline. During the nineteenth century, aniline was the base product for the development of a new synthetic dye industry, grouped early as the Teerfarben (in German “tar dyes“). Aniline is a colorless oily liquid, with an unpleasant odor, and easily flammable. It oxidizes slowly on contact with air, to form a resin of red-brown color.

The original commercial interest comes from its ability to dye fabrics with a good yield. The discovery of Mauveine initiated that of hudrede of other dyes. From the third quarter of the nineteenth century, the term “aniline dyes” meant by extension all organic coloring matter and liquid inks derived from benzene that easily stained any kind of cloth fibers.

This discovery was both a scientific and a financial success. The history of Badische Anilin und Soda Fabrik (BASF) begins in 1865, with thirty employees, producing aniline, soda and dyes derived from tar. This was the birth of the German chemical industry. It is until now the most powerful in the world. 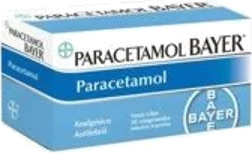 BASF quickly understood that the activity of benzene and aniline derivatives could be quite useful outside the dye industry. Many drugs were synthesized starting with Paracetamol (an aniline derivative) that is still used today. But such compounds also allow to synthesize pesticides and explosives. The common core between the first drugs, pesticides and explosives is the easily fashionable benzene aromatic ring.

Methylene Blue is the oldest of the synthetic drugs, even before aspirin. Heinrich Carro manufactured it in 1876 for the German firm BASF. Methylene blue is a simple molecule. Fusion of two benzene rings with one nitrogen and one sulfur atom leads to a tricyclic aromatic compound. Carro named it by analogy with other dyes of the time such as Prussian blue. This molecule has nothing to do with the Greek island of Mytilene or with the methyl molecule. Today, we know that it is methylthioninium chloride, a phenothiazin.

Heinrich Carro was looking for a blue pigment for the textile industry. Even today, Methylene Blue is a pigment used in the ink of pens. To erase text, the commercial erasers rely on the application of an acid. (www.clo2.nl: so Methylene Blue and acid erase each other! I think this is going to be important later in Laurent Schwarts' book) By acidifying Methylene Blue, it changes color to become transparent. This instability of Methylene Blue prevented any major development as a textile dye. But today this Methylene Blue remains a dye used in the food industry or in the shops of jokes and tricks. After ingestion, the urine turns an intense blue color. However, simultaneous ingestion of Methylene Blue and vitamin C prevents the blue coloring of the urine.

Simultaneously, BASF diversified into the nascent pharmaceutical industry. Logically the Methylene Blue has been tested by BASF for his medical activity. At the National Library of France there are nearly a hundred books written in the nineteenth and early twentieth centuries by physicians who used Methylene Blue in treating a wide variety of diseases. These books report its activity in infections. (www.clo2.nl: that's where to body gets acidified!) Before World War I, infectious diseases were the main scourges. Methylene Blue was used to dye the parasites. In the laboratory, it kills many bacteria and parasites. Methylene Blue has been successfully tested in tuberculosis, leprosy and malaria. Codification of the doses relied heavily on empiricism. In one of the books, a criterion was for instance that the skin of the leper should not be blue.

During WWII, the United States treated the soldiers larga manu (again, with highly variable doses) to prevent malaria in the Pacific. The white conjunctiva turns blue. Even today Methylene Blue is a recognized treatment for these infections albeit at a lower dose (300 mg to 1000 mg/day for an adult).

At these doses, the conjunctiva do not turn blue anymore. Consequently, because of its efficacy in malaria, the World Health Organization considers Methylene Blue as an essential drug.

In 1932, BASF synthesized other dyes including Prontosil, another benzene derivative developing a Burgundy red color. In mice, Prontosil is effective in the treatment of infections. Clinical results are positive but the medical community is unresponsive. The physicians only trust vaccines to prevent infections. In 1936, Franklin Delano Roosevelt Junior, the son of the president of the U.S.A., is dying of an ENT infection. Doctors describe him as doomed to die soon. A Harvard professor tries the Prontosil, he had read about, and as a last resort, and saves the young man.

The German company BASF patented Prontosil. The French company Rhone Poulenc tried to circumvent the patent. They understood that Prontosil was a pro-drug (a biologically inactive compound which can be metabolized in the body to produce a drug.). The active ingredient of Prontosil was the “Sulfa Drug”, which is simple derivative from Prontosil. Sulfa Drugs are as effective as Prontosil and easy to manufacture. These drugs cannot be patented because they were synthesized a long time ago. Many industrialists understood the vast market of the antibiotics.
Since the sulfanilamide moiety was also easy to link into other molecules, chemists soon gave rise to hundreds of second-generation Sulfa Drugs. As a result, Prontosil failed to generate the profits expected by Bayer. Although quickly eclipsed by newer Sulfa Drugs and, in the mid-1940s and through the 1950s by penicillin and other antibacterial agents that proved more effective against more types of bacteria, Prontosil remained on the market until the 1960s.

In 1937, over 100 people died after ingesting "Elixir Sulfanilamide" manufactured by S.E. Massengill Company of Tennessee. The product was a combination of Sulfa Drugs and diethylene glycol, a highly toxic solvent that is now widely used as antifreeze. Under the laws extant at that time, prosecution of the manufacturer was possible only under the technicality that the product had been called an “elixir”, which literally implies a solution in ethanol. Responding to this episode, the U.S. Congress passed the Federal Food, Drug and Cosmetic Act of 1938, which for the first time required pre-market demonstration of safety before selling a drug. Another aim was to explicitly prohibit false therapeutic claims. 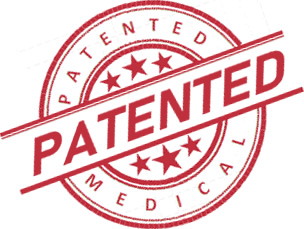 Patents have long been one of the key issues in drug development. For a long time, this was a secondary research problem. In 1921, Banting and Best isolated insulin from the pancreas. They injected insulin to diabetic patients allowing them to survive. Banting and Best offered the patent to industrialists they consider decent, without any compensation. These manufacturers were located near slaughterhouses to be able to isolate insulin from the pig's pancreas.

Until1980s, manufacturers discovered new molecules. They could patent them and continue clinical trials with trust in their industrial property and therefore improve their profit margins. Gradually, they stopped to discover simple non-toxic molecules (there is a finite number of them). This led to the allocation of resource to new categories of chemically complex molecules. Since the therapeutic profile of complex molecules was hard to predict, they were difficult to produce.

The 1990s saw the explosion of biotechnology. A new class of drugs is opening up. It is no longer a question of officinal chemistry but of a new way of conceiving the pharmaceutical industry. These new treatments are difficult and target specific mechanisms of action. They are much more expensive to design but may generate huge profits.

In the old times, the pharmaceutical industry was doing research by hiring the best chemists and biologists. Nowadays, there is a massive use of computers for in silico prediction of chemical and biological properties. Production costs are thus dropping down with profits growing up. Hiring of opinion leaders for speaking in meetings on the behalf of the companies is another systematic trend. The consequences are financial infiltration of the FDA (Food and Drug Administration) in the United States and similar entities in other countries, as well as of influential medical journals by the pharmaceutical industry.

Simple and old molecules do not result in interesting financial gains of the pharmaceutical industry, except when they are, like Paracetamol, sold in large quantities

A consequence is the creation of generic industries to take advantage of these crumbs left by the big industry. The law helps the generic industry to protect itself. The company must complete and repeatedly file to obtain a marketing authorization. The cost of the procedure limits the number of competitors among generic drug manufacturers But the main reason of the lethargy of the generic industry is that it is a branch of the pharmaceutical industry. Its leader Teva Pharmaceuticals makes both generics and patented drugs. We can't ask them to be revolutionaries, to start a price war with the conventional side of the same pharmaceutical industry.

Lipitor, the best-selling statin, has already earned its manufacturer, Pfizer, $125 billions. Lipitor or any other statin decreases the level of cholesterol but fail to change the survival of the patients suffering of heart attacks.

What does medical inefficiency weigh in the face of such benefits ? A similar observation can be made about the incessant vaccination campaigns and the dangerous abuse of aluminum that they entail, or even about the excessive prescriptions of sedatives and antidepressants. These profits for the pharmaceutical industry obviously have a high social cost : cancer costs 130 billions dollars to Europe in 2019. In fact, only in countries with ruined economies the patients have an interest in change.

Every soldier is ready to sacrifice himself; and a fortiori any cancer patient, with numerous metastases, who knows he is going to die does not have the energy to deal with it. But neither of them seeks to waste his life in unnecessary fighting, waiting, expensive and ineffective treatments or empty trials. Today a large proportion of the trials are “not-inferiority” trials, seeking to demonstrate that a new drug is not inferior to the standard of care. Why would a well-informed patients want to participate in these commercial clinical studies?