$8 Looking into the Mirror

It is always difficult to see the bare reality. Despite wide claims, cancer research is going nowhere. This lack of discovery has multiple causes. The first reason is that cancer is felt as an invincible foe. Defeating cancer appears to be impossible. Cancer should be divided in subgroups are treated one at a time. The academic tide has turned and is flowing strongly in the direction of specialization.

We (author Laurent Schwartz and co-scientists) decided to shift ground and go back to the drawing board with the hypothesis:

The academic environment, long time ago, was less constrained by the need to be politically and financially correct.

We are trained as scientists not historians. Part of the solution came directly from old texts. Before being perceived as a disease of the genome, cancer was a disease of the metabolism. That was written in old books, resting in libraries, not in modern papers from reputable journals.

Louis Pasteur (1822-1895) studied, in 1857, the yeast of beer. He worked in Lille and was awarded a contract to improve the quality of the local beer. Yeasts are needed to ferment sugar into alcohol. Louis Pasteur noticed that the yeasts multiplied when the air was poor in oxygen. Upon addition of oxygen, the yeasts stop dividing. Otto Warburg (1883-1970) read Louis Pasteur's papers. Warburg was a law-abiding German. During WWI, he served in the cavalry as an Uhlan and was awarded the iron cross for bravery. Albert Einstein advised him not to risk his life during the war, to leave the army and return to academia, because Warburg’s life was too precious and was needed in science.

At the beginning of the twentieth century, the German research was leading science. The chemists deciphered the cellular respiration, the different enzymes at stake. Warburg understood the key role of the mitochondria, the horsepower of the cell.

In 1920, Otto Warburg made his most famous discovery. Working on cell respiration and identifying the different enzymes, he studied the respiration of cancer cells.

Normal cells oxydize sugar when there is enough oxygen. Warburg demonstrated that cancer cells, opposite of normal cells, could not burn glucose (sugar) even in the presence of oxygen. The cancer cells break down the molecule of glucose into two molecules of lactic acid. This phenomenon corresponds to anaerobic glycolysis and makes two molecules of adenosine triphosphate (ATP). The normal cell can burn the glucose in the mitochondria into water and carbonic gas (CO2) and yield 36 molecules of ATP. One molecule of glucose yields 36 molecules of ATP in the normal cell but only 2 ATP in the cancer cell. To survive the decreased yield of the reaction and to get enough ATP, the cancer cell has to swallow increased concentration of glucose. This is called the Warburg’s effect.

"Cancer, above all other diseases, has countless secondary causes. But, even for cancer, there is only one prime cause. Summarized in a few words, the prime cause of cancer is the replacement of the respiration of oxygen in normal body cells by a fermentation of sugar. All normal body cells meet their energy needs by respiration of oxygen, whereas cancer cells meet their energy needs in great part by fermentation”.

Ten years later, he took the plunge when, in his last conference on the “First cause and prevention of cancer”, on June 30, 1966 in Lindau, Germany, the German biochemist declared, according to E. Racker: “Oxygen gas, the donor of energy in plants and animals, is dethroned in the cancer cells and replaced by an energy yielding reaction of the lowest living forms, namely, a fermentation of glucose.” And when Warburg ended his lecture with emotion: "But nobody today can say that one does not know what cancer and its prime cause is. On the contrary, there is no disease whose prime cause is better known, so that today ignorance is no longer an excuse that one cannot do more about prevention. That the prevention of cancer will come there is no doubt, for man wishes to survive. But how long prevention will be avoided depends on how long the prophets of agnosticism will succeed in inhibiting the application of scientific knowledge in the cancer field. In the meantime, millions of men must die of cancer unnecessarily”.

At the time of his discovery, Warburg gained wide acclaim. The Warburg’s effect was a breakthrough in the fight against cancer. But this hypothesis quickly disappeared from the scientific literature. In early 1980s, Warburg’s work was still present in the textbooks to fade away progressively. The paradigm has changed. This change of paradigm was not based on science. There were no experiments which disproved the key role of metabolism. In 1988, Jerry Shay demonstrated that restoring the metabolism of cancer cells did prevent tumor proliferation

In the textbooks of the 1980’s to 2010’s, cancer is no longer considered a disease of metabolism, but a genetic disease becoming astray. That change came progressively with no decisive experiment.

A change of mind is not a proof that the previous paradigm was wrong and needed a thorough revolution.

The reason is both history and science. Warburg, contrary to many German scientists, did not immigrate to the United States. He remained in Germany and found an arrangement with the Nazi regime. 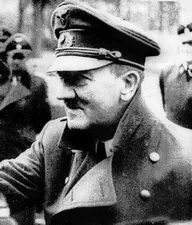 When the Nazis came to power, they forced-out people of Jewish descent from their professional positions. But there were a few exceptions. Warburg had a Protestant mother and a father with Jewish heritage (who had converted to Protestantism). Although banned from teaching, he was allowed to carry on his research. According to the Reichsbürgergesetz from 1935 (cf. Nuremberg laws) the Nazis considered Warburg as a half-Jew (Halbjude). In 1941, Warburg lost his post briefly when he made critical remarks about the regime, but a few weeks later a personal order from Hitler's Chancellery ordered him to resume work on his cancer research. Göring also arranged for him to be classified as one-quarter Jewish. In September 1942, the Nazis issued an official request for equal status ("Gleichstellung") with Germans, which was granted.
Hitler developed a vocal cord polyp (a premalignant lesion) in 1935 and 1944. Hitler has a phobic attitude about cancer, and he drafted the first laws against smoking and asbestos.

www.clo2.nl: so, Hitler had a phobic attitude about cancer, and that is why he allowed Warburg to continu his work. Remarkable!

Warburg was so totally dedicated to his work that he was prepared not only to stay in Germany, but also to accept the Nazi treatment of his Jewish colleagues and his Jewish relatives. This was despite his having received an offer from the Rockefeller Foundation in the United States of America to continue to fund his work, if he emigrated. After the end of the WWII, he made inquiries about moving to the United States of America, but he was unsuccessful. Frustrated by the lack of acceptance of his ideas, Warburg was known to quote an aphorism he attributed to Max Planck: “Science advances one funeral at a time”.

Part of the stigma on Warburg’s work is the fact that the same group of scientists who understood the cellular respiration worked on the poisons that could block it. The poisonous gas of WW-I and the Zyklon-B were discovered in Germany in the same institutions, but not by Warburg himself.

One of the fiercest opponents of Warburg, Sidney Weinhouse, said in the 1970s:

“A balanced judgment would, I believe, credit the Warburg hypothesis with stimulating two generations of study and discussion of some of the most fundamental mechanisms of cellular regulation; and by provoking ideas and controversial issues, contributing significantly to our knowledge of the metabolism of cancer cells. On the negative side, however, it has led far too many researchers into dead-end avenues of fruitless, ill-conceived attempts at the understanding or treatment of the neoplastic process. As an expression, however incidental, of some fundamental abnormality of gene expression, the high glycolysis may yet help to uncover the mystery of cancer. It is conceivable that the passage of time and new insights might bring glycolysis back to its original prominence. At present, the whole conception of cancer initiation or survival by “faulty” respiration and high glycolysis seems too simplistic for serious consideration. If there is anything that we have learned from modern cell biology it is that the regulation of cellular activity and proliferation is exceedingly complex”.

In other words, Warburg's admittedly elegant solution seems to be as far too simplistic.

Warburg’s work is nowadays one hundred years old. Warburg using only conventional microscopy could not detect the mitochondria. Today, we analyze them using electron microscopes. Warburg’s also made his work before the discovery of the structure of the genes. However, the main problem with Warburg’s work is the exact meaning of the concept of Warburg’s effect.

Pedersen P, « Warburg, me and Hexokinase 2 : Multiple discoveries of key molecular events underlying one of cancers’ most common phenotypes, the “Warburg Effect”, i.e., elevated glycolysis in the presence of oxygen », Journal of Bioenergetics and Biomembranes, 39(3), 2007, pp.211-222.

Part of the revival of Warburg’s work stem from the use of fluoro-deoxy-glucose (18F-FDG), since the mid-1980s, in positron emission tomography (PET scan) to identify cancers. The physician injects radiolabeled glucose in the vein of the patient. This radioactive tracer detects precisely the extension of the cancer and its metastases. The first use of the PET scan technique dates from 1982 after its first description by Michael E. Phelps and colleagues. Its wide acceptance predates the revival of Otto Warburg’s work. It took twenty years between the first clinical imaging using PET Scan and the rise in citation of Warburg’s work. (Figure 1). 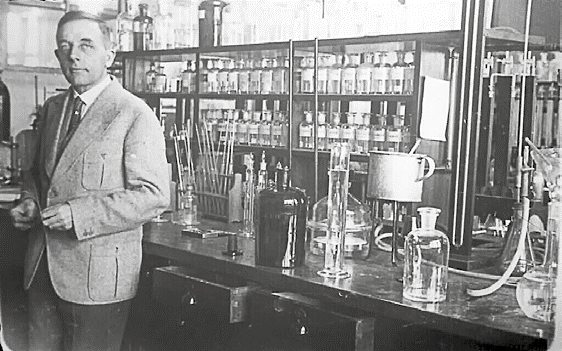 On the other hand, several discoveries in the field of biology have had a decisive influence in the revival of Warburg's publications on cancer. First, there is the discovery of the pathways explaining the Warburg’s effect (PI3K / AKT / mTOR). The simultaneous discovery of the HIF factor (hypoxia inducible factor) must also have had an impact on awakening. While work on this protein began in the early 1990s, the number of publications on HIF has grown significantly since 2000. Scientometric analysis further reveals that the number of publications on HIF citing Warburg has increased significantly since 2005-2006. Modern molecular biology has put new names and concepts behind the Warburg’s effect. Today like one hundred years ago, cancer cells ferment; a long detour.
There is a consensus that every tumor cell ferments glucose and secretes lactic acid, but the meaning of the Warburg’s effect has evolved. Cancer cells breathe and burn lipids and amino acids such as glutamine. Mitochondria are functioning, but the metabolic fluxes have been rewired.